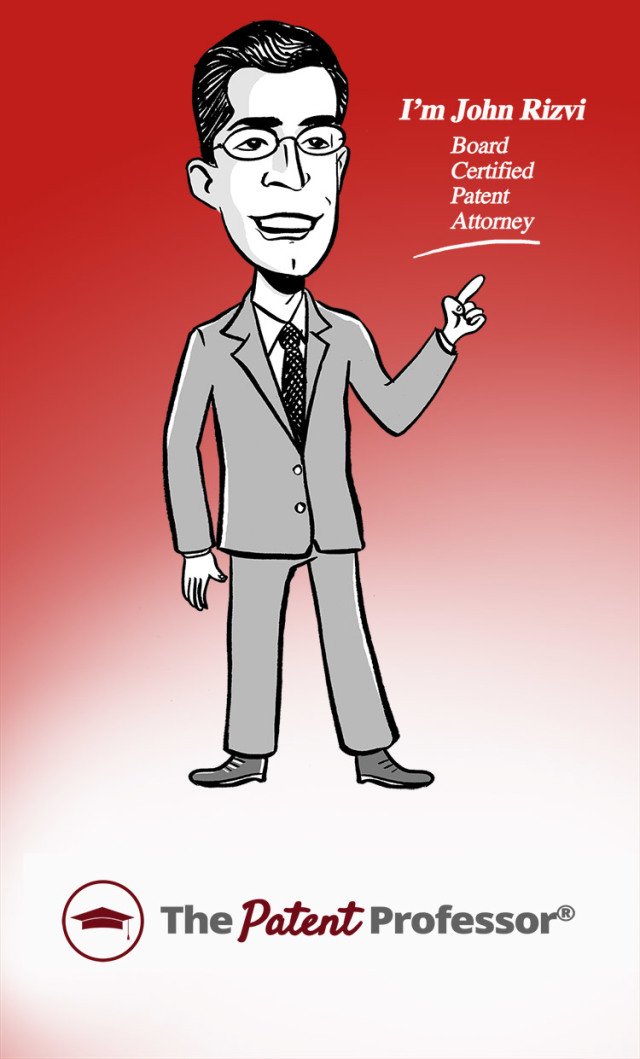 Our team is proud to announce that through the services of the The Patent Professor®, we have a patent pending on Script My Toon® a unique storytelling platform that uses the comic strip paradigm to present diverse and contrasting ideas in an exciting new visual narrative.

I vividly recall the moment I discussed an idea with my son Brandon about building a cloud-based software application that allows artists and cartoonists to collaborate with writers and thought leaders to express critical thought. The media to realize this collaboration would be illustrative art in a comic strip format.

The idea seemed like a rather simple and socially important one that would allow the general public and social commentators to visually express sometimes deeply opposing and controversial stories and ideas.

This could be implemented using a uniquely organized online platform design covering limitless subject matter that spans the vast spectrum of human experiences and opinions. While very excited to share these ideas – I knew that if I chose to reap any benefits of owning such an invention, I risked losing it to copycats (and future patent trolls).

My experience as an IT application software developer and architect made me very aware of the importance of product proprietorship and the protection of intellectual property. 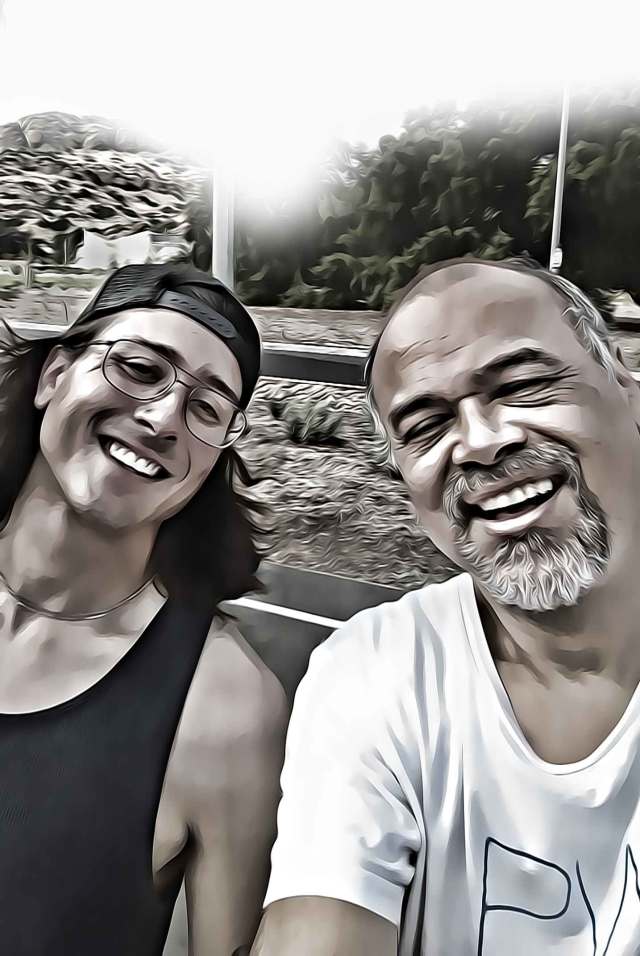 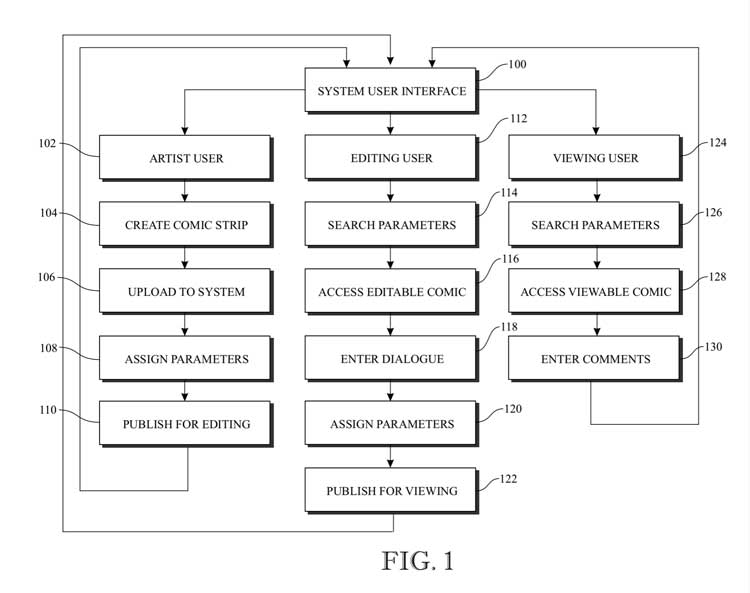 A key user interface diagram submitted as part of the Script My Toon patent application.

While I wanted to shout out the idea to the world – including friends, family and co-workers – I intimately knew we risked losing our idea to copycats (and future patent trolls) based on my long career as a systems programmer analyst and application architect in the software cloud arena.

Software is a notoriously difficult and complex product (and service) to protect with intellectual property and largely depends on the experience, skill and precision of an extraordinary board certified patent attorney to ensure the utility and/or design patents can be successfully filed with the United States Patent Office.

Failure to procure the right patent attorney could literally mean millions in lost revenue and the potential for expensive litigation by the growing armada of patent trolls both inside and outside the United States (U.S.)

The challenge is that less than 1% of patent attorneys in the U.S. are Board Certified as specialists and are akin to brain surgeons in the medical field.

Patent Attorneys are rare and highly specialized with a gift for detail, deciphering complexity, and crafting patent applications that balance both the narrow and broad requirements demanded by tough, no-nonsense examiners at the USPTO.

"You can imagine my joy and exultation in finding and working with patent attorney John Rizvi, Esq., whose national moniker is The Patent Professor®. In addition to being board certified – with over two decades of experience – he is also an adjunct professor of patent law, arguably establishing himself as one of America’s leading patent attorneys in the field of software, hardware, mobile and cloud computing applications. 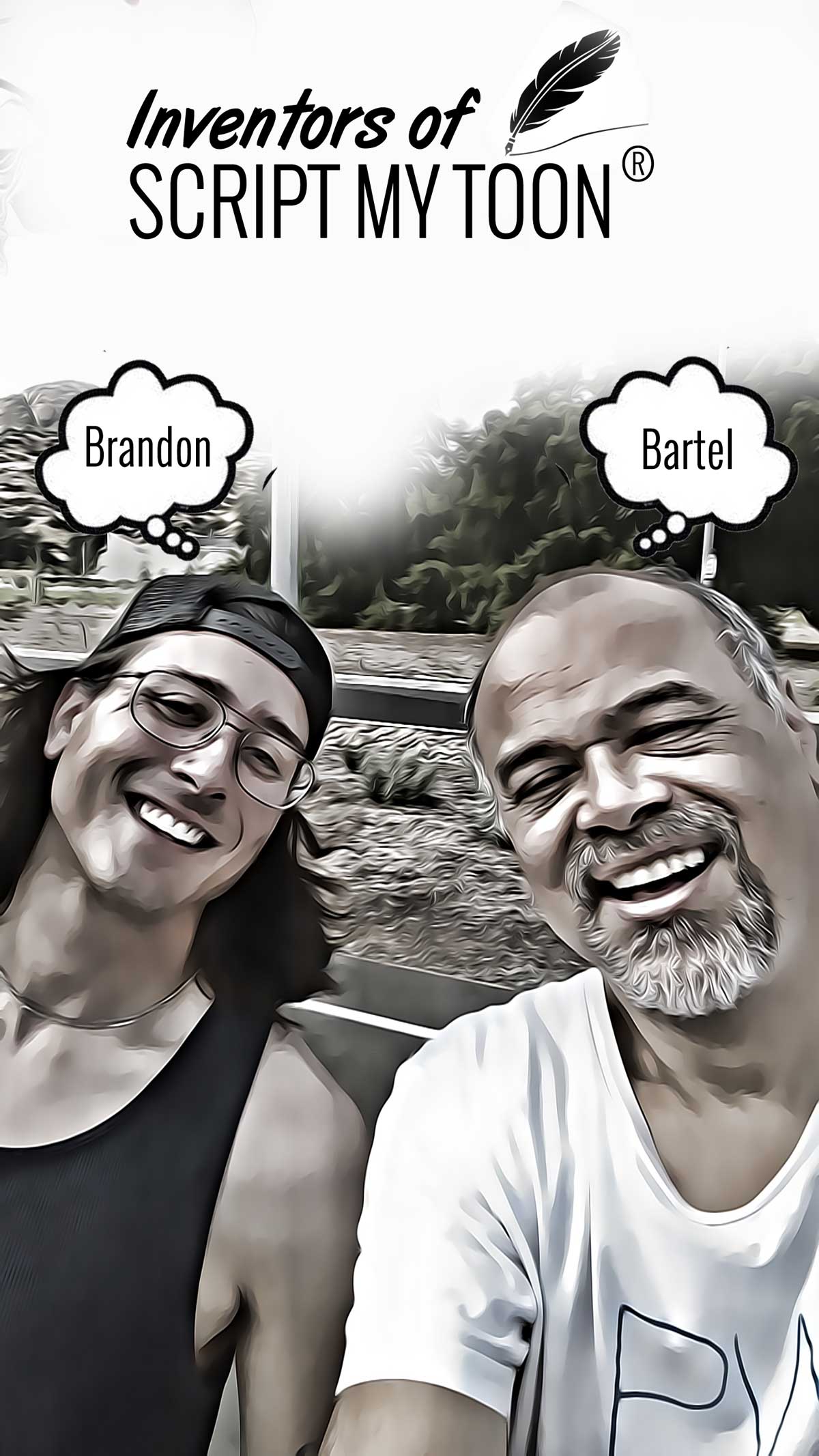 A Champion Of
Small Inventors

I came across several of his videos online including How Software Patents are Different and another case study focusing on a supreme court case that has defined the software industry, Alice Corporation v. CLS Bank Software. Further investigation showed the amazing depth and impeccable credentials of John, marvelously on display during one of his recent TED Talks for Inventors. 2009-2015

“Bartel, loose lips, sink ships,” he warned me on my first phone meeting, confirming I was 100% correct in keeping the idea to myself before I had discussed my flight path with a patent attorney. He explained that far too many ideas are stolen or innocuously passed onto others who then profit from an inventor’s desire to share his idea before a patent is in place.

As a former mechanical engineer, John has an amazing capacity to make the complex machinery of the USPTO seem like child’s play for inventors. He carefully explained the differing legal nuances between utility and design patents, and how they are often not easily separable as both may possess functional (programming) and ornamental (design) features. 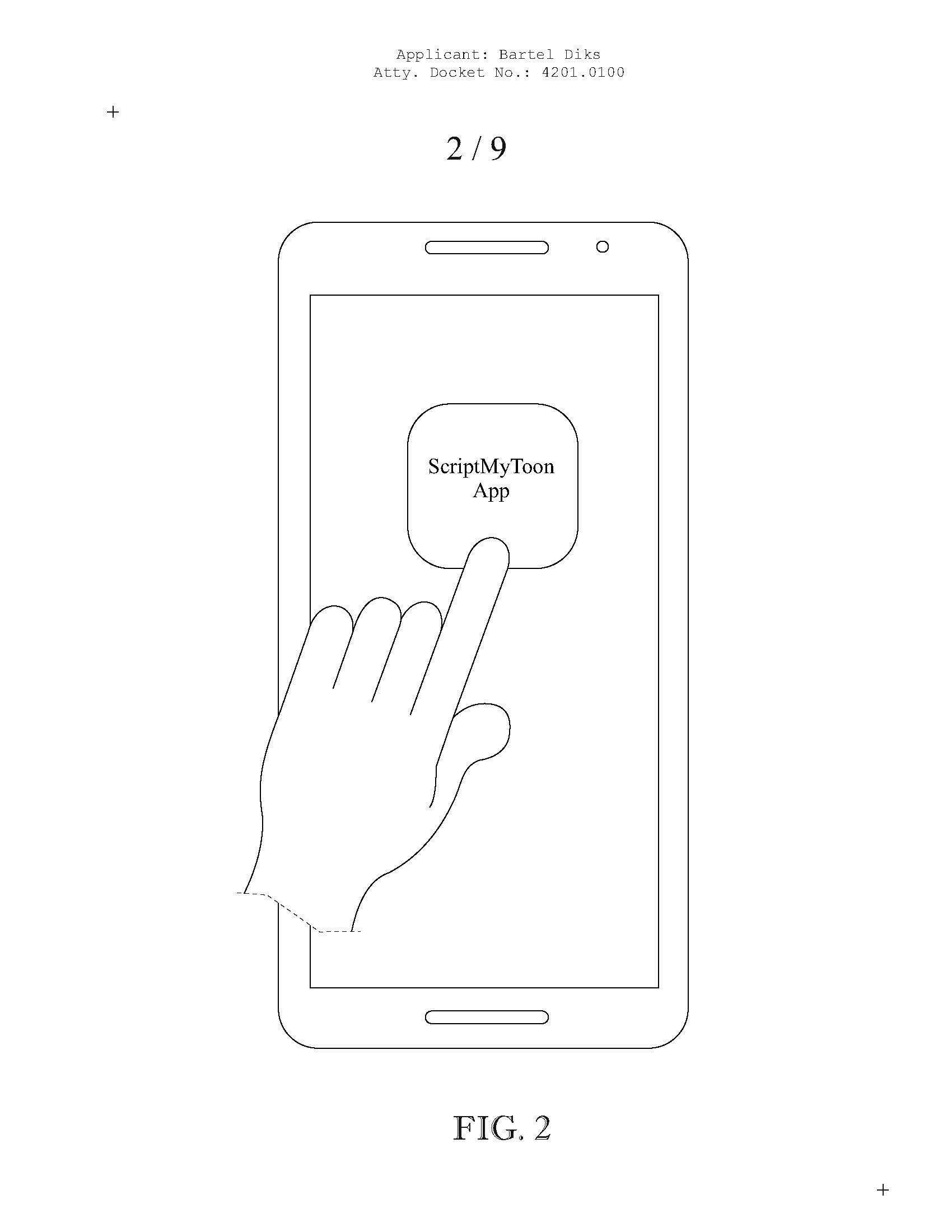 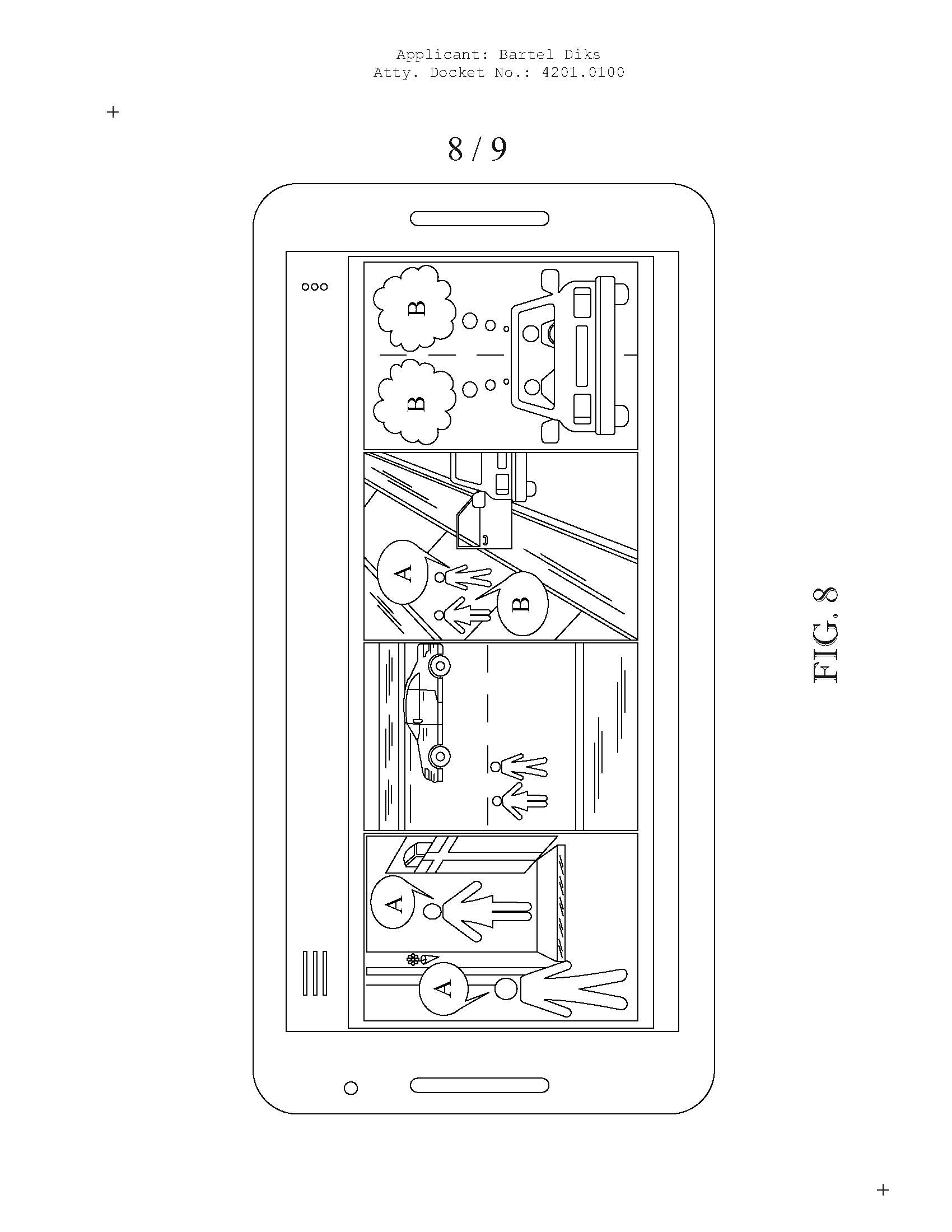 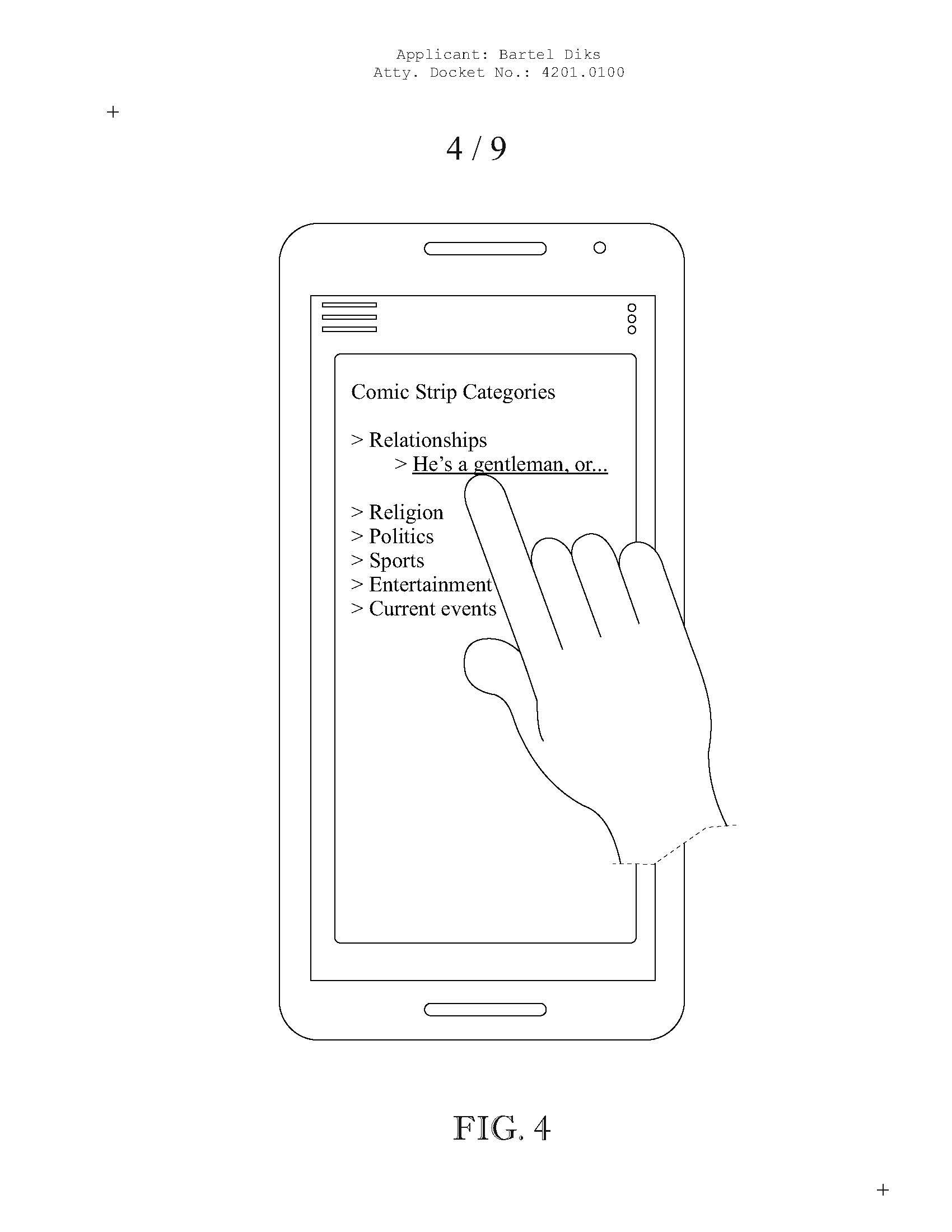 A Patent Shield For SMT 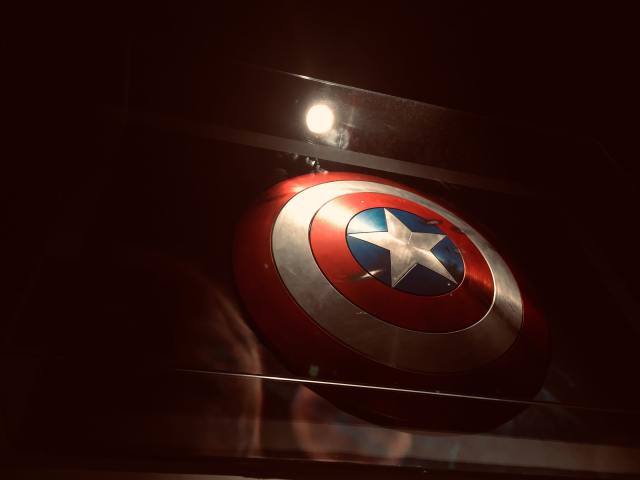 After just 10 minutes of conversation with John, I knew that though I was based in California and he in Florida, distance would play no role in my decision to hire him, which I did. Fast forward several months and my team has patents pending on variations of the platform, including Toon My Script®, which allows dialogers to resource art for their ideas in the form of comic strips.

Indeed, our patent application is a wonder of carefully crafted verbiage and illustrations, describing both the intent and underlying software mechanisms of our platform that were minutely tuned and polished by his handpicked team of attorneys, patent examiners, illustrators, paralegals and support staff. For instance, description of the user interface includes a detailed set of drawings intimately showing the novel features and advantages of our software invention.

The finished Script My Toon® application made it virtually impossible for the rigorous examiners at the USPTO to furnish any legal reason why the patent application should be rejected. Recent additions to our defensive intellectual property include trademarking our logo and I plan to follow this up with additional copyrights on the evolving web design, too. As a general rule, a patent protects an idea while a copyright protects the expression of an idea.

"The I.P. John has procured for Script My Toon® has given me immense confidence and self-belief that my idea can be protected in a court of law from copycats while also allowing me to extract commercial value from the platform over time. "

I also hope it gives other software innovators and entrepreneurs the inspiration and confidence to pursue their own bulletproof patent protection which provides a launchpad for the eventual commercial launch of the software or mobile application.

Ultimately, it is my hope that that SMT provides a vehicle by which opinions and observations can be expressed in a way that is informative, thought provoking, and enjoyable.

This value proposition all started with acquiring intellectual property protection and I will always be eternally grateful to John Rizvi, The Patent Professor, for helping me take the first steps towards realizing this software dream.